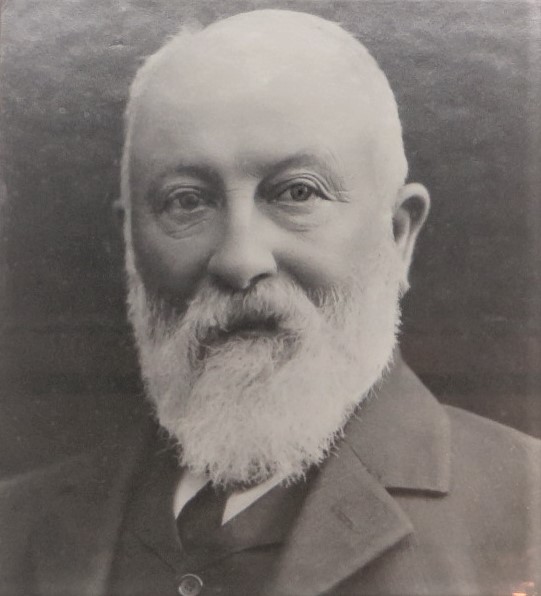 John Kebbell was born in Ilford, Essex, England in 1840.

They settled in Wellington running the Kebbell brothers' flourmill in Manners St. However John Jnr was sent to the old Manawatu site. Here he was in charge of the business, mainly producing wheat.

After seven years John Jnr moved to Canterbury to spend two years studying sheep farming. He then worked on a large sheep station for a further two years. In 1867 he returned to the Manawatu and began to transform the family land into pasture.

In 1874 he partly bought and partly leased nearly 3,000 acres of land at Ohau. He cleared & drained the land to create pasture for around 4,000 sheep plus cattle.

In 1879 John was elected to the Manawatu County Council as the sole Horowhenua representative. He served for three years with a major focus on roading. He was also instrumental in arguing for Horowhenua to become a separate county, which it did In 1885. He was one of the seven original Horowhenua Councillors. By the end of the year he was Council Chairman, firstly for a brief term and then for seven years from 1888 to 1895. He returned for a further term from 1911 to 1914.

He was appointed to the Otaki and Whirokino Roads Boards where his determination provided impetus, in getting the county's main roads built.

John's other community activities included the Foxton Racing club, Horowhenua A & P Association, the Romney Marsh Council, first chairman of Ohau School committee, and the Wellington Education Board. He was also a JP.

He granted land for the construction of St John the Baptist Anglican church in Ohau. Personal tragedy is portrayed in the church windows for his two daughters who drowned together at ages 10 and 8 and also the death of his only son at Gallipoli.

After the death of his son, John appeared to lose interest in farming, and in 1920 the estate was broken up into 11 blocks for auction.

John Kebbell full bio
We thank the following sponsors of this plaque: