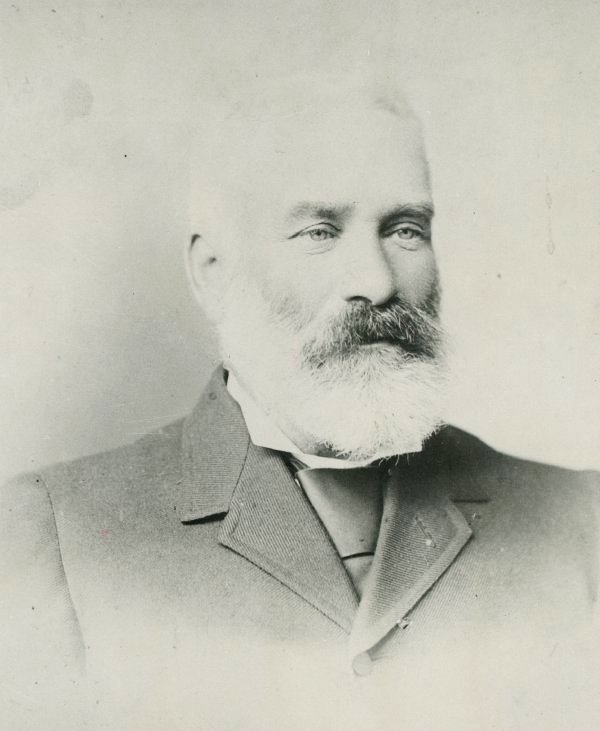 Peter Bartholomew was born in Muiravonside, Stirlingshire, Scotland in 1840. He left Scotland in 1862 landing in Brisbane, Australia. Five years later he was lured to the West Coast gold rush. Weather caused the ship to land at Nelson rather than his destination of Hokitika. He made his way to Wellington where it was reported he entered the timber trade. He became a pioneer of the sawmilling industry, setting up the first sawmill in Palmerston North. Three years later he set up Feilding's first sawmill.

In 1887 he came from Feilding to reconnoitre the Horowhenua district and soon had a construction gang working. Sawmilling operations were up and running by 1888. At this stage his brother-in-law Fred Roe joined him to manage the business.

The mill was located at the north end of Levin, where Roslyn Rd is on the east side of the now railway line .This became the first European settlement in the Levin area. Initially local Maori refused to let the machinery operate because of the steam and sparks. After an appeal to the Government, Major Kemp and some of his men guarded the mill until locals became accustomed to the machinery.

Over time the community developed, so Peter brought his family to live with him. He built an impressive home from kauri & totara at 2 Roslyn Rd, (now 2 Newport St).

By 1895 the timber in this northern area was milled. Peter relocated the mill to Weraroa. This site is now where Gypsy Caravans are today. He also purchased the land extending north of this block to Mako Mako Rd. He had this subdivided for housing. Peter worked in co-operation with the Prouses who had milling rights to the east of the railway line. By 1905 all the flat land had been denuded of millable timber. For several years after he was timber milling in the upper Ohau river valley.

By 1916 the mill had come to the end of its useful life. However the Bartholomews stayed. They were well-endowed with farming and property investments. Peter continued to participate in local government , church and social life. He was one of the locals who opposed plans to turn Levin into a borough, believing that they would end up paying rates on their large landholdings with no benefit to them. In 1913 he was an objector to the looming Wellington waterfront strike. He supported the call for Massey's government to oppose the strike. He pledged to provide men & horses to keep the port open. A group of local men (including Bernard Freyberg) volunteered to become special constables in Wellington.

Peter's wife Emily died in 1898 at the young age of 36 whilst giving birth to their 10th child. A stained glass window was erected in her memory in the St Mary's Anglican church. The church has been demolished, however the window is stored away safely.

Peter died in 1918 aged 78. One obituary read "A man of great business capacity, tireless energy and upright character, he was held in high respect throughout the coast as one who had done his part worthily to lay the foundations of settlement in the section of the dominion."